Restrooms designed with women in mind 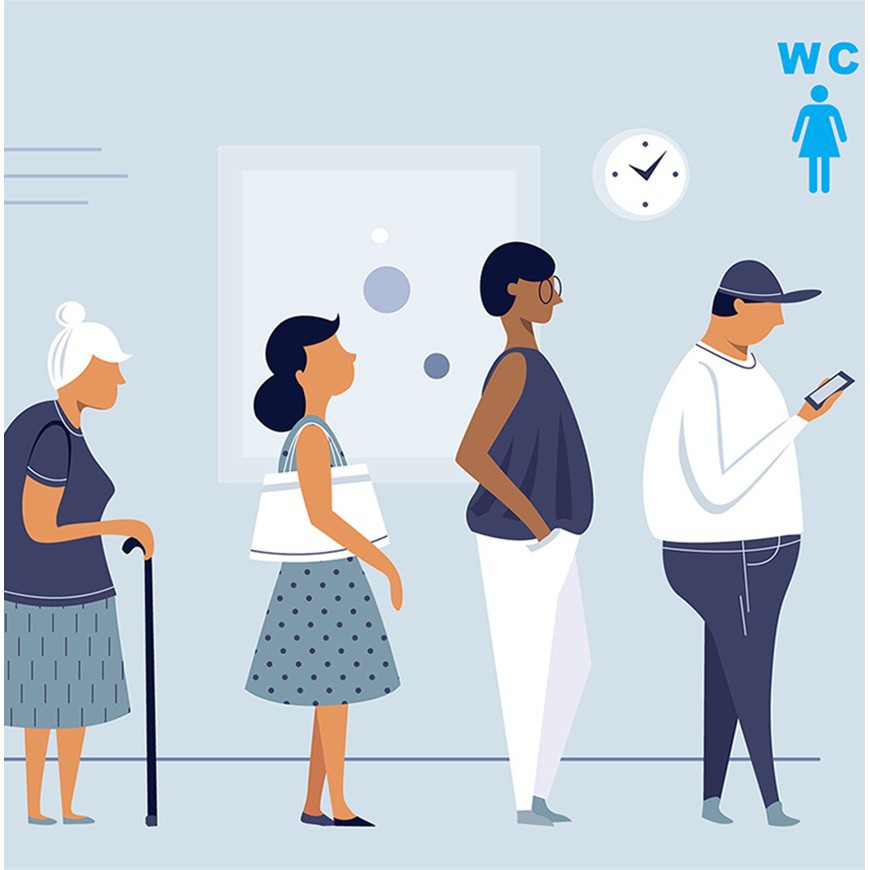 In the past years, the subject of the way restrooms have been designed has been anenormous topic all over the world. Specifically, many women have complained about the uncomplimentary conditions they’ve encountered when using a public toilet as compared to men. They’ve noticed the lack of gender perspective that some architects possess when designing said toilet rooms.

Some professionals, such as Eva Pollo, CEO of the women's products company COCORO, have decided to carry out a movement aimed at architectural firms in Barcelona, Spain to bring attention to this cause and make them take into account the differentiated necessities of women in the bathroom when designing their restroom floor plans.

They denounce what in more formal terms is called an ‘androcentric vision’, which is basically a masculine point of view at the center of one's world view, culture, and history, thereby culturally marginalizing femininity.

In relation to this point of view, we would like to point out a phrase from the famous English urbanist and feminist Clara Greed: “If you want to know the position of women in a particular society, look at the line formed in the toilets”. What is certain in the eyes of a lot of people could be the significances that this inequality generates every day in public restroom designs. 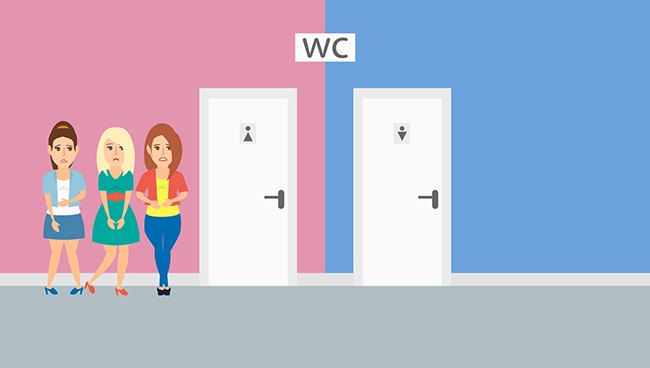 “If you want to know the position of women in a particular society, look at the line formed in the toilets” (Clara Greed – Urbanist).


Based on a study from the University of Ghent, women spend an average of 30 seconds more time in the bathroom than men do. This average for women seems to be about 80-90 seconds while men would normally take 50-60 seconds.

Why? Well, let’s break this up. Here a couple of reasons why females spend more time in the bathroom:

A) Their biological constitution; which includes having smaller bladders than men and having to tend to monthly reproductive cycles.

B) Their social roles as mothers and having to take their children inside with them.

C) Finally, and certainly not least, their clothing. Dresses and more intricate clothing designs could make it more difficult for them to hurry up in the stalls.


Also, let’s take into account that the physical space for a female toilet should be the same as that of a male one. Men's urinals take up less space and it is common for the female area to be reduced by baby changing stations, larger mirrors and perhaps a decorative couch. With this being said, womenmay find fewer toilet units in the same square meter restroom that the men have.

Put our previous points together and it translates into an image that is repeated tirelessly in all women's toilets in any busy facility: rows and rows of women waiting to gain access. According to a survey led by Yougov in the UK, 59% of women say that they almost always encounter anenormous line when they go to a public toilet, as compared to 11% of men.

Thankfully, open discussion on these issues have led to a debate on what the best solution would be to fix this issue. Some architects and urban specialists propose – and have successfully executed – a system with gender-inclusive restrooms. Truly, this begs the question… could gender-equalrestrooms be the best solution to this problem? We’ll discuss on our next blog…